False myths about Willibrord and Boniface

Willibrord was Irish.
– No, Willibrord was British, born in Northumbria. He and his companions were educated in Ripon then in the Kingdom of Northumbria under Bishop Wilfrid and then for 12 years at the Celtic abbey at Rathmelsigi in Ireland.

Willibrord (679)  and his 11 companions (690) and Boniface (ca. 695 and 716) landed at Katwijk at the mouth of the Old Rhine in North Holland or at Wijk bij Duurstede on the Lower Rhine.
– No, Willibrord and his companions sailed from York and up the Lower Rhine 20 km further to Dorestad, the river port district of Rhenen. Boniface sailed from Lundunwic /the Aldwych in London also to Dorestad.

Willibrord travelled from there to Utrecht and founded the church there.
– No, after the Romans left, Utrecht was deserted till about 870. He forded the northern branch of the Rhine to Trecht on the south bank. Pepin leader of the Franks granted him the church of St Thomas there (founded about 643), which he restored and reconsecrated to St Martin.

The kings of Frisia lived in North Holland or modern Friesland.
– No, the kings of the Frisiani lived in Rhenen. Their kingdom included parts of the modern provinces of Utrecht and Guelderland. 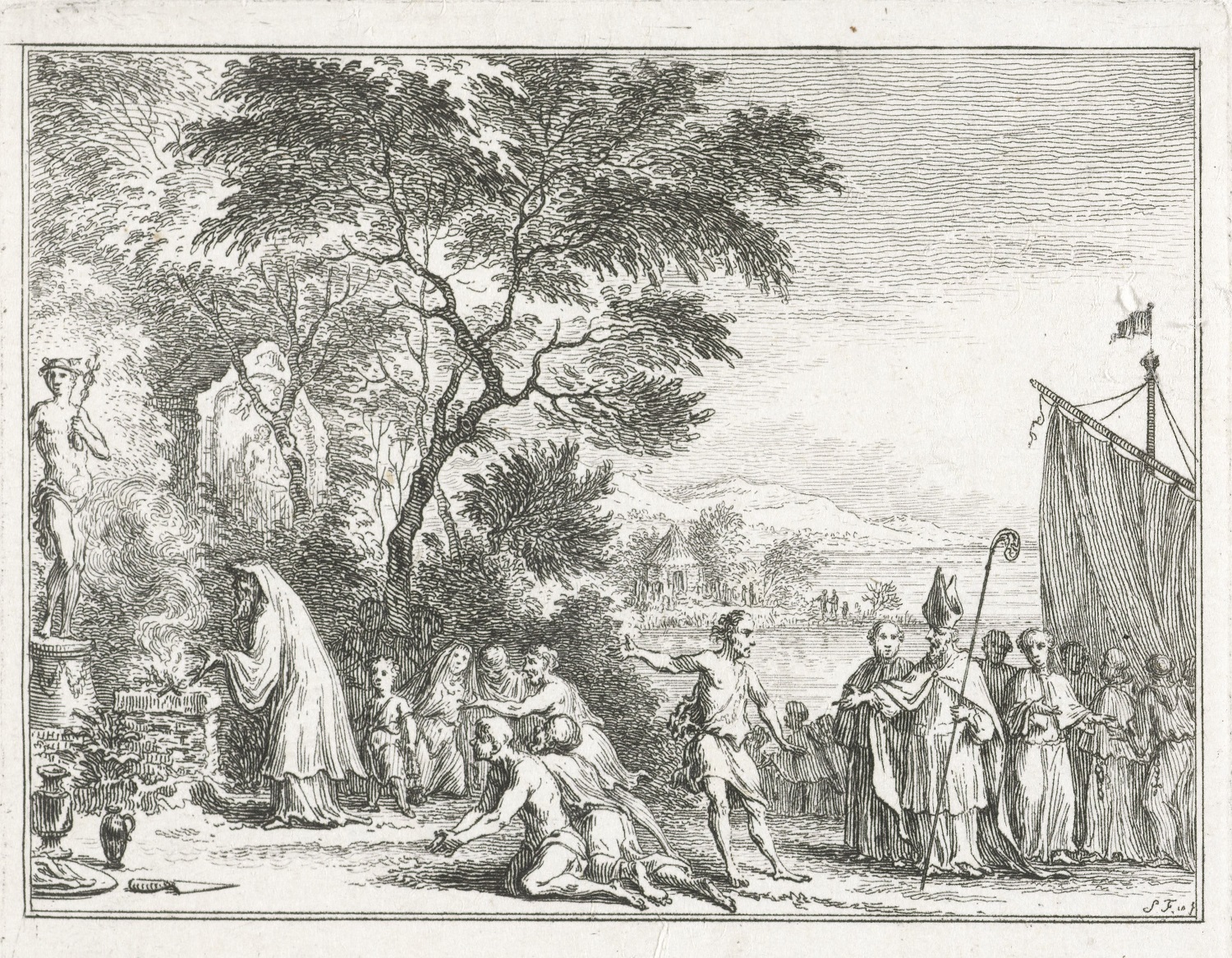