The destruction of Traiectum/Trecht in the 12th Century does not correspond to any period of heavy rainfall and river floods , the nearest being a century later, 1236–1308 (Cohen et al. 2016).
There were two tsunamis in the North Sea in the Middle Ages, most likely caused by severe earthquakes or large land-slips around Iceland.The first was on 28 September1014 and penetrated the English coast 'many miles inland', reaching the Netherlands coast the same evening. It caused thousands of deaths in Flanders and the south of the Netherlands, breaking through parts of the coastal dunes, with severe damage to the then island of Walcheren. Seemingly it did not penetrate far inland. There are hints that it also hit the coast of North America. 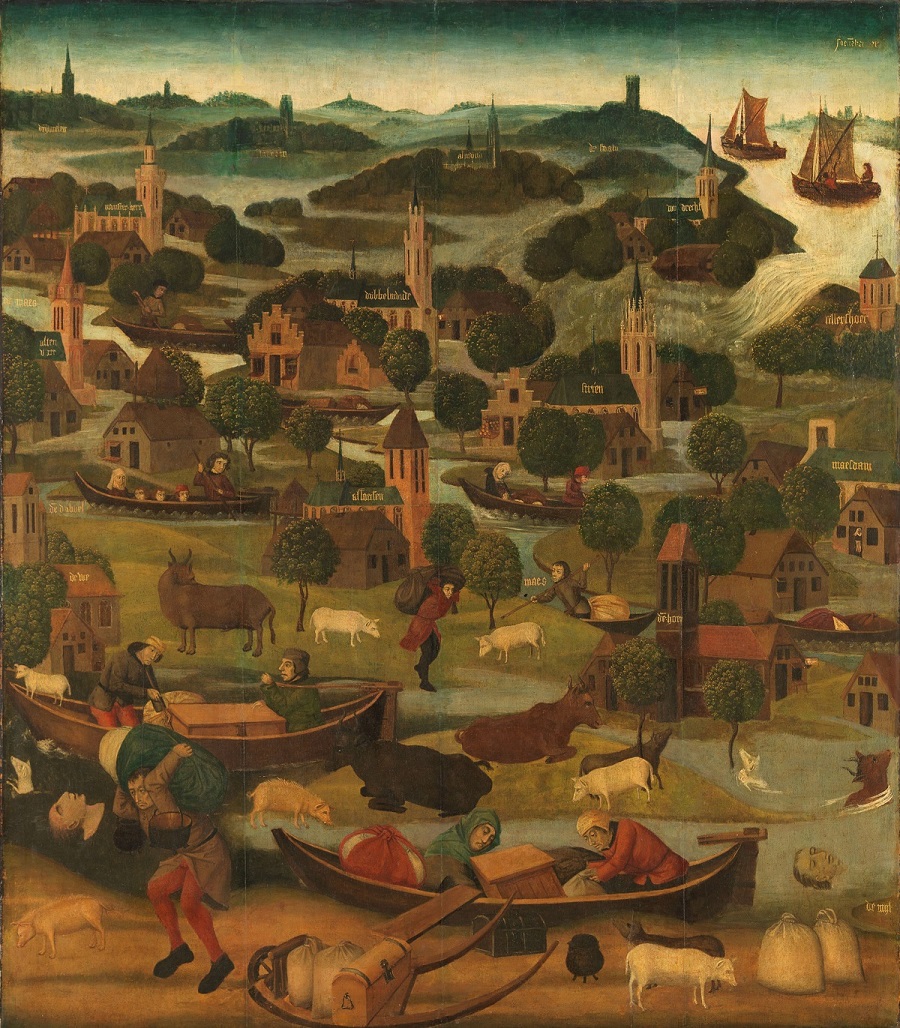